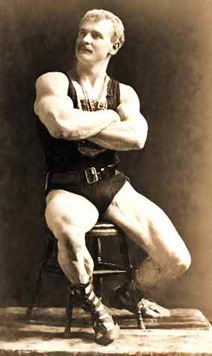 This time of year we all have our favorites—princesses, monsters, ghosts. And who doesn’t love masked and caped crusaders roaming the streets and…asking for treats.

Turns out the comic book heroes of Halloween have something in common with the real life superheroes we’re partial to in the fitness world. Inspiration: with or without tights!

Before there were personal trainers, protein powders or body composition calculators, there was the Father of Modern Body Building, Eugen Sandow. This Prussian-born wrestler came to the United States in 1890s to become the first big star of Ziegfeld’s Follies. He began by wrestling tigers and breaking iron bars across his thighs, but it was not his feats of strength that ended up winning audiences over. Instead it was his perfect physique.

Like Superman, he was not only a specimen, but a one-of-a-kind maverick. He created the Institute of Physical Culture, an early gymnasium for body builders in 1897 and held the first bodybuilding contest at the Royal Albert Hall in 1901. Sandow’s training system was a special blend of lifting heavy weights as well as light dumbbells using maximum mental focus. Through his many achievements, he remained thoughtful and humble.

“What I have done with my body, I attribute wholly to daily exercise—daily without fail. My regularity of exercise is no less than that of the rising sun. It keeps me in condition.” 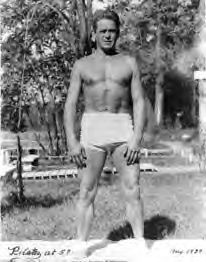 Like Bruce Wayne, Pilates studied many disciplines and set about improving his own situation from a young age–in his case, since a sickly childhood. After the war, he became a true “Crusader,” and turned his passion and knowledge into his profession, eventually landing at a New York studio where he developed his system of “Contrology.” And like Batman, he loved gadgets. He continued to create more apparatus and accessories to enhance his body balancing approach over the years. Pilates worked alongside his wife Clara, who served as his assistant and adviser (a lot like Alfred helped Master Wayne) until his death at age 83 in 1967.

“Physical fitness can neither be achieved by wishful thinking nor outright purchase.” 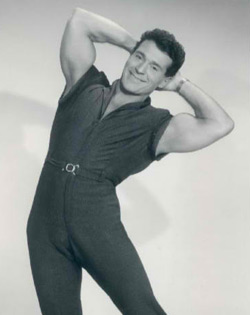 What’s not to love about a superhero who is also an innovative businessman with his heart in the right place? That’s what everyone loves about Marvel hero Iron Man, but in real life, Jack LaLanne rose to his own iconic status as the “Godfather of Fitness.” Many know him as a pioneering television personality; the first to use TV to bring fitness into the homes of everyday people, especially women, in the 1950s.

LaLanne was a natural choice. Like Tony Stark he was both industrious and suited for glamour. Plus, LaLanne also had an engineering spirit, and was the first person to open a health club in the United States—in 1936! It’s said local doctors were warning patients against signing up, labeling LaLanne as a “health nut.” Yet, he remained so adamant about the benefits of exercise and nutrition, he would continue to compete and perform stunts to gain attention. After age 40, he won Mr. America in 1955, and set the world record of 1033 pushups in 23 minutes in 1956.

“Your waistline is your life line.” 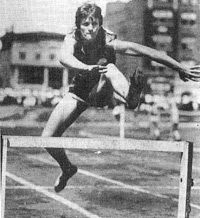 The timing was a little bit off for girls like Babe (self-reported to have earned her nickname from the boys in town, due to her towering home runs as a teen). She was born as Mildred in 1914 (or 1911, depending on who you ask), when girls weren’t typically admired for being all muscle, or all “tomboy.” Didrikson excelled at every single sport she participated in, from swimming to bowling. While in High School she became an All American in basketball and track.

She qualified for the 1932 Los Angeles Olympics in five events, but women were only allowed to compete in three. She took gold in javelin, set a world record in the 80 meter hurdles, and received a dubiously judged silver in high jump. Didrikson then turned to golf, dominating as an amateur and pro. She became one of 13 founders of the LPGA, and the Associated Press Female Athlete of the Year many times over. A true Wonder Woman, Didrikson might as well have come from another place and time, with superhuman Amazonian strength and skill.