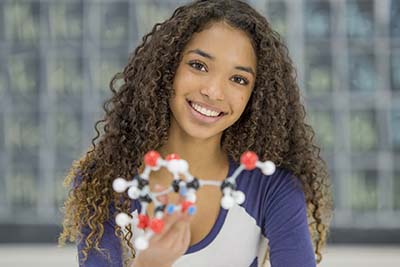 There are hundreds of processes taking place in the human body on any given day, and your inner workings are even more active when you’re active—that is, while you’re exercising.

It’s common to think physical activity is all about what happens to muscles, fat and calories, but there’s so much more to it than that. Here’s a primer on the chemistry of your workouts.

Below we’ve listed a sampling of the most common and important physical responses to exercise that happen on a chemical level inside your body. When you’re familiar with your chemistry and the adaptations your body makes as a result, it can help you identify the strengths of your workouts as well as any changes that might happen over time, with illness, due to overuse, and so on.

The source of energy that keeps everything going in every cell of your body, and in all of your muscle tissues, is called adenosine triphosphate, or ATP. It’s the biochemical tool your body relies on to store and use energy. ATP is so important that it has a robust set of ways it is released in the body—from instantly upon demand to a slower breakdown of energy that can last for hours. Aerobic conditioning and staying adequately hydrated are two simple ways to make ATP production more efficient and support endurance exercise like an Ironman race.

Because it is a hormone that interacts with the central nervous system, one of the most significant effects of exercise on the brain is the increased synthesis of BDNF. In fact, the amount of BDNF you produce can be tripled with moderate to high-intensity exercise such as swimming or cycling, which can improve your mood, your memory power and your mental clarity. It also contributes to repair of neurons and other essential brain activities.

Sometimes stress has a negative effect on chemical levels inside the body and the physical adaptations which then take place. But not always! Cortisol is a hormone released by the adrenal gland during times of stress (much like epinephrine described below). The positive aspects of cortisol production include metabolizing carbohydrates into glucose for energy. Exercise can be taxing on the body, and cortisol is helping the body respond to the physical demands. But excess cortisol is stored in fat cells, often in the midsection of the body, which is a risk factor for other health issues.

Epinephrine is also known as adrenaline and helps increase blood flow to muscles for delivery of oxygen and glucose. You might be familiar with this physical response of hormone release in response to stress and related to fear, also known as the body’s fight-or-flight response. Norepinephrine works in close relation, and is also secreted in response to exercise, as well as stress. Its work is to prepare the body to move—to sharpen mental acuity, increase blood pressure, and decrease blood flow to the bladder and bowels.

When you’re exercising you’re unlikely to be aware of the various hormones and chemical changes going on inside their muscles, but lactic acid is a tough one to ignore. Sometimes the body uses up glucose for energy during exercise, and the cells are making waste faster than the body can get remove them. This is how lactic acid builds up in your muscles, and when it does, you may feel it as “burning” – a sign that your body can use a break. Post-workout massage can help release lactic acid and reduce soreness. Click here to request a complimentary HydroMassage.

You’ve probably heard of glucose—a form of sugar (or energy) that is carried in the blood and found in other organs and cells. The body needs a lot of glucose to exercise, but when it is stored in the liver or fat cells, it’s isn’t immediately available. That’s where glucagon comes into play. When the body is running low on glucose, glucagon works in these storage areas to help convert stored fat and sugar into a form the body can use as energy.

After the wear and tear you put on your body during exercise, it’s time for repair and regrowth afterward. Enter HGH production, needed for the repair of cells, muscles, and tissues. HGH is naturally occurring at higher levels during youth, and production is said to peak at about age 20. But it is also a byproduct of exercise, which lends to the theory that physical activity is an excellent way to offset the effects of aging.

Insulin regulates blood sugar levels by serving as a transport method for glucose, helping it into your cells to be used for energy, or to be stored for later. Likewise, when your glucose stores run low, insulin helps bring it out from the liver and sends it to fuel the body. And then, after activity settles down, it is insulin that brings glucose back to the liver and muscles where it is again stored. When your cells become resistant to insulin, it can cause blood sugar issues including diabetes.