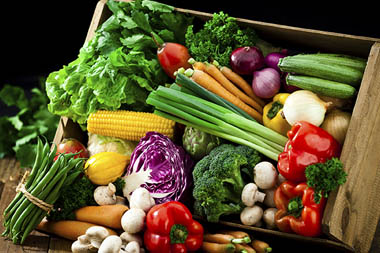 Most of us know many of the world’s healthiest foods are found in the produce aisle. You’ve heard “eat your vegetables” since you were a kid, but did you ever know why?

Eating plants brings you powerful health benefits, owing to the special collection of phytonutrients found in a rainbow of brightly-colored fruits and vegetables.

Phytonutrients are the naturally-forming chemicals found in plants which play key roles in optimizing health and warding off disease at the cellular and genetic level. There are believed to be about 25,000 phytonutrients all across the spectrum of produce and other plant foods like grains and seeds.

You might be familiar with some of their more common names, such as the lycopene in tomatoes or beta carotene in carrots. Though researchers still don’t know all the bio-chemical processes aided by these and other phytonutrients, they do know they provide cellular protection in the form of anti-oxidants, and they trigger positive genetic “expression,” or production of “good” more than “bad” gene traits.

They also support specific organs, structures and functions of the body, such as vision or the digestive tract. Vegetables win out over fruits for packing the most powerful nutritional punch, but including a wide variety of both on a regular basis is the best approach to getting the full range of nutritional benefit.

Since they are often responsible for creating the color of the plants they develop in, you have a rainbow of beautiful foods to choose from to get your phytonutrients!

You’ll be able to work with all these colors in this simple recipe for stuffed bell peppers made in the slow cooker. 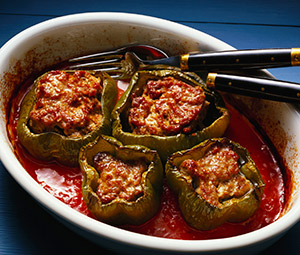