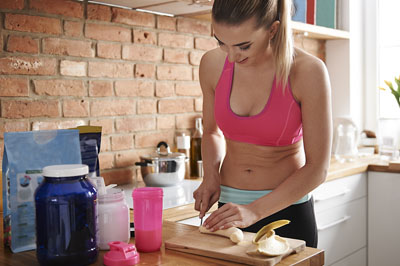 Whether it be a lack of discipline, overeating, poor nutrition or simply the wrong balance of nutrients, the struggle to eat smart and adjust dietary habits is common among overweight people.

Eating smart is the key to weight loss—not to mention optimal health and fitness. So we asked our superstar roster of transformed XSport members what has worked for them.

Our Get Fit Challenge (GFC) contestants over the past few years have a wealth of insider information to share on the changes they made to eat healthy — changes that worked, as they have lost significant percentages of their body weight. The secrets to their successes are available to us all! 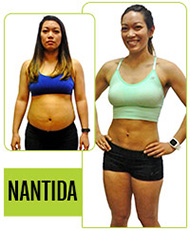 Nantinda, our first 2016 GFC winner, told us she simply overate. She found herself at her heaviest, and unable to drop extra weight, six months after the birth of her son. “I lacked discipline when it came to food. Working as a night nurse I succumbed to many temptations.”

Her eat smart secret: food tracking. Even when the foods we eat are nutritionally sound, it can be hard to gauge how much to eat based on our body type, activity level and weight loss goals. Nantinda’s trainer recommended a simple-to use tool to close that awareness gap. “I had always kept a pretty clean diet, but my issue was quantity. The MyFitnessPal app made it easy to count my calories throughout the day.” 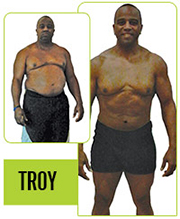 Troy, a winner of the GFC in 2015, found himself working super hard on his training but the pounds were not coming off as expected. He did some research on the science behind nutrition. “I discovered the depth of misinformation…We only need two teaspoons of sugar on a daily basis for our bodies to function and fat is not evil.”

His eat smart secret: more fat, more energy. Troy learned his progress was stalled, and he was also irritable, because basically, he was hungry. Armed with the knowledge that dietary fat could be a primary energy source instead of carbohydrate, he says, “I became energized, because I could now EAT–and be a little more approachable at home.”

Colleen’s success story came from the 2014 GFC, a few years after a knee injury ended her college volleyball career and began a period of self-doubt, inactivity and weight gain. Poor eating habits contributed to her high body fat percentage, something she hadn’t needed to worry about when she was a competing athlete. She needed a lifestyle shift.

Her eat smart secret: a structured plan with supplements. Finding the right nutritional plan was where Colleen knew she needed the most help. “It was fascinating to watch how my body would respond to different foods.” Her trainer also added three supplements to program to support her fitness goals. “I had no idea how important adding a protein shake after my workout was to muscle recovery, and I began to see significant results.”