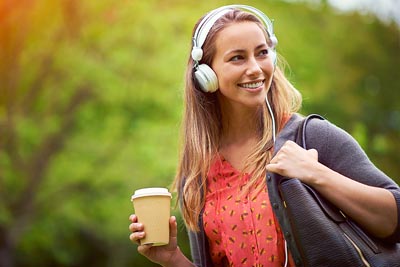 Caffeine occurs naturally in some foods, but is it good for you? When it comes to fitness and physical performance, it goes beyond what’s inside the morning cup o’ joe for many athletes.

There have been numerous research studies that have produced a lot of different conclusions about caffeine. Let’s take a look at what it is, how it affects your body, and if you should indulge.

What is caffeine and how does it work?

Caffeine occurs naturally in about 60 different plants like coffee beans, cocoa beans, kola nuts and tea leaves. It’s considered one of the most popular stimulants on the planet. Pure caffeine can also be produced as a synthetic compound and added to foods and supplements.

Caffeine offers no nutritional value on its own, although it is known to enhance physical performance. It is absorbed relatively quickly from your stomach and peaks in your bloodstream within an hour or so, as it moves into nearly all your body tissues. The effects are rapid, and you may find caffeine can give you an extra edge in several ways.

Caffeine speeds up your metabolism, and in doing so, can help you burn more fat. The effects are different in different bodies, as rates of absorption and sensitivities vary. But in general, studies have shown metabolic rates increasing by as much as 11%. Most of that increase is caused by fat-burning. Caffeine increases production of a hormone that signals our cells to break down and free fats from our tissues.

Stored energy can only go so far, especially with long, hard workouts or endurance sports that deplete a lot of glycogen (a form of sugar you store to use as fuel). Caffeine can help you avoid “hitting the wall” because it slows glycogen use and supports the burning of fat as fuel instead.

Sustained effort in activities like cycling or mountain climbing, or even grueling training days, can benefit from caffeine supplementation. Speed and accuracy are other performance improvements. Serious strength training can benefit with a pre-workout supplement that includes a just-right dose of caffeine, as well.

Even Olympic athletes have been known to benefit from the same boost we enjoy from our everyday coffee or tea habits—in fact, it’s been found present about 75% of the urine samples of elite athletes. With caffeine moving through your nervous system and stimulating your brain, you tend to feel more alert, and it helps with reaction time, too. Caffeine has also been found to reduce the perception of pain, which can help with persistence in competition and training.

Studies show the equivalent of a few cups of coffee a day is a healthy enough choice for most people. However, there are potential side effects to be aware of.

Dehydration: It takes an unusually large dosage of caffeine to dehydrate your body (estimates are the equivalent of 5 – 7 cups of coffee). Still, if you’re supplementing with caffeine, know how much, and watch your fluid intake.

Overstimulation: Caffeine can cause insomnia in some people, and jittery anxiety in others who are highly susceptible to its stimulating effects.

Tolerance: A higher tolerance is typically built up with regular consumption. So, if you’re using a pre-workout or fat-burner supplement with caffeine in it, you might want to cycle on and off the use to maximize its effects over time.